Austin Texas:   always a constant source of entertainment, education and a platform for just about anything, but spring time certainly kicks things up a notch.

The City becomes a global showcase for technology, music, film and even kites. Honorable mentions include President Obama’s keynote, his trip to Torchy’s Tacos, the First Lady’s visit and a record high of 92 degrees. Highlights for the month include the South by Southwest (R) film, interactive media, and music festivals and conferences, the Zilker Park Kite Festival, Rodeo Austin and St. Patrick’s Day at Fado. Last years SXSW (R) festival alone generated a total economic impact of $317.2 million. It is the single most profitable event for the City’s hospitality industry.

It was also spring break in Central Texas, so if you left town – you missed the traffic as well as the tie fighter.  Austin’s consistent global spotlight reflects the booming real estate market.  Plenty of people come for a visit for work or vacation and then don’t want to leave.  The U.S. Census Bureau just reported growth in the Austin-Round Rock metro area from 1,943,465 in July 2014  to 2,000,860 in July 2015.

For every event I mentioned, there were 2 that I didn’t. Let’s just say adults and children alike were a little sleepy last week from springing ahead along with being back to the daily grind.

Austin became center stage again for the annual SXSW film, interactive, music festival and conference. SXSW was scheduled to bring 300,000 people to Austin over its 10 day run. Stages and exhibits were built on every available flat piece of real estate in Austin’s downtown district, including areas that would typically be parking lots.  Many of Austin’s downtown streets were closed for 9 days to accommodate foot traffic and provide space for additional venues.  Austinites needed to either embrace the gridlock of South by Southwest or stay clear of it. There really wasn’t a choice.  For those who embraced the buffet of entertainment options… it was quite impressive. Well known musical talent this year included Green Day, Justin Timberlake, Prince and the Sound City Players.

Selling real estate during SXSW isn’t about selling a particular house or condo in Austin.  During spring break many of many local Austin buyers leave town or take a break from looking for a home. South by Southwest sells Austin to the world and helps turn visitors into future permanent residents.

Want to live in the heart of it all?  Here is a link to homes for sale in downtown Austin.

Last week was a fun-filled week in Austin as we hosted South By South West (SXSW) and The Star of Texas Fair and Rodeo, all during spring break.  What does that mean to Austin?  With 250,000 visitors coming just for SXSW alone, there’s more money going to restaurants, transportation and hotels, which benefits Austin’s local economy.  Last year, the South By Southwest Film, Interactive and Music Festival brought in $167 million.  It helps Austin real estate as well, keeping us in the national spotlight showcasing the wonderful place it is to live.

The Star of Texas Fair and Rodeo broke 26 records last year, including a crowd of 300,000 people entering the fairgrounds and $2 million in admission fees to evening concerts and pro-rodeo events.

Today, Austin was host to the Statesman Capital 10k.  It is the largest 10k in Texas and the 5th largest in the nation.  Now in its 35th year, about 23,000 people participated.  Some dressed in costume for the event, keeping Austin weird.

The South by Southwest Film Conference and Festival is the one event in Austin where you can find Ashton, Demi, Pee Wee Herman and I all in the same place. SXSW brings worldwide attention to Austin, as 175,000 people from all over the world converge on this great city to take in music, film and interactive technology from video games to social media.

Austin in the Spotlight

South by keeps Austin in the spotlight for the progressive city that it is, which is always good for job growth and real estate. Some participants left Japan to come to Austin just days before the earthquake.  Many events for the festival have re-branded themselves to bring awareness and raise money for Japan

The Zilker Park Kite Festival recently took place as well.  Celebrating its 83rd year, Austin holds the honor of having the longest continuous kite festival in the United States.

Of course, some Austinites would rather get away from the downtown area, which hosts many of the SXSW events.  For those who would like a change of pace, Austin is currently hosting the Texas State Fair and Rodeo as well.

What am I seeing out there?  Inventory is low in many area of Austin, which means it’s a Seller’s market.  Buyers need to have a good idea what they can (or want) to afford before they start looking.  The lease market is also extremely low right now, as some buyers have converted into tenants because they can’t qualify for a loan or don’t have a downpayment. 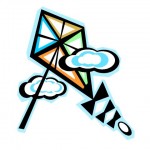 It was an amazing week to be in Austin last week. We started with the Zilker Park Kite Festival, then moved on to SXSW, and it was spring break.  All in all people were out and about exploring this wonderful city we live in.  Where was I?  A little bit of everywhere, buyers are hustling to meet the tax credit deadline, and I am moving them along.  My goal is to have everyone who cares about the tax credit to be under contract within the next week.

Understand, we need our option period to decide whether to go forward with the house, and then there is of course, the financing hurdle.  I am advising my clients to keep the ball in someone else’s court while we shop.  If the Lender wants pay stubs, tax records, employer contact information…whatever it is, let’s get them the information they need, so we can get the file into underwriting as soon as possible.

Lender qualifications change often, so it is important to keep in contact with them.  If for some reason, we fall out of contract and then need to find another house to purchase, we still have time to meet the deadline.

Support Local Austin
I support local Austin, after all I think it’s only neighborly. What are some of your favorite local businesses in Austin? 💕 What’s your favorite local coffee shop? Restaurant? Store? comment below and let’s share some local love ♥️
.
.
.
.
#austinlocal #supportlocalaustin #atxlove